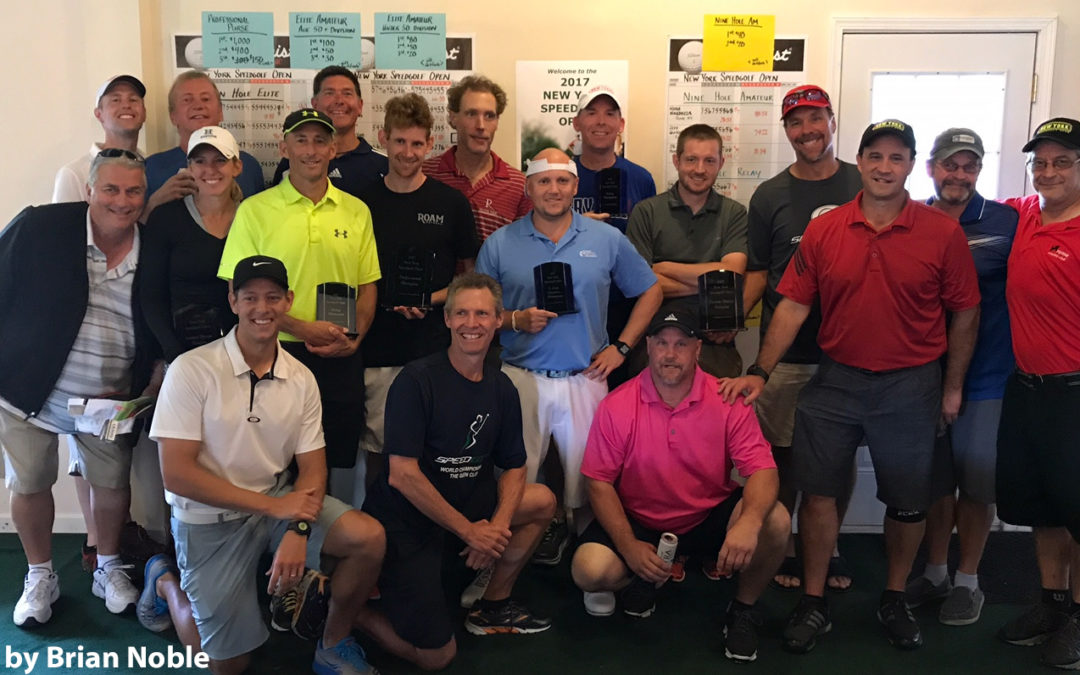 Speedgolf is scored by combining a player’s golf score with their time to complete their round for a Speedgolf score. For example, if a player shoots 75 in 55 minutes, his/her Speedgolf score is 130. In real terms a minute and a stroke are equivalent in this fast paced golf format. Mack McLain shot an 80 on the 18-hole course and ran the 6,400-yard par 72 layout in 41 minutes and 41 seconds to take the win.

He stated he had struggled on the first four holes, double bogeying on the fourth hole, so had to “really rally and become mentally tough” to recover adding “Often in Speedgolf, when you triple bogey, your round basically collapses,” said McLain. “It’s scary when it happens on the fourth hole, but I played real well the rest of the holes.”

McLain is currently ranked fourth in the world of Speedgolf, so this win was a welcome boost to his chances of moving up.

Rome Country Club’s Wes Cupp alluded he had experienced an “odd round,” but still came home second overall with a combined score of 123.45. He shot 77 and ran the course in 46:45. Like in regular golf, Speedgolfers can find their mojo one day and it deserts you the next.

Lauren Cupp, the only female in the field, teed off from the red tees. She finished fourth overall and won the Elite Amateur Division Under 50 prize with a combined score of 141.10, running the course in 57:10 and shooting an 84.

Serving as the golf coach at Hamilton College, Lauren plans on encouraging some of here team their to try Speedgolf as a training routine.She explains “It teaches you how to hit different shots since you’re not carrying as many clubs in your bag,” said Lauren Cupp. “Which I think really helps in regular golf too.”

The next major Speedgolf tournament in the US is the US Speedgolf Open at the Golf Club of Houston in Humble, Texas on 11 December 2017. Meantime, Wes will be hopping across the pond to compete at the British Open Speedgolf Championships on 17 September but there will be plenty of Brits hoping they can spoil his party – watch this space!

Want to find out more about Wes Cupp, enjoy this Golfing World feature below