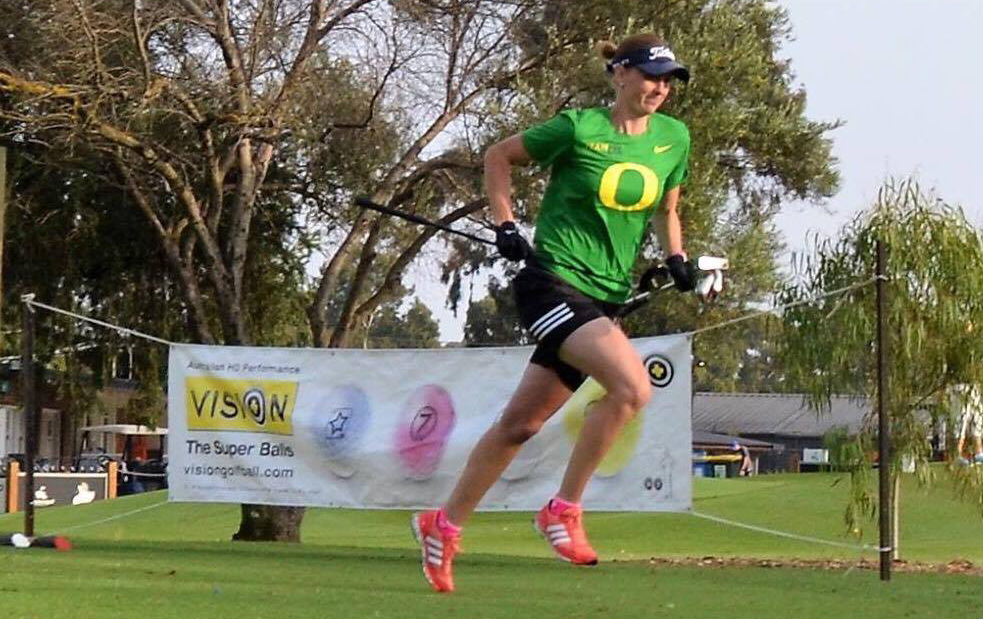 The Australian Speedgolf Open was approx 5490m (6003 yards) & running distance approx 7.1 km (7764 yards). Yarra Bend Golf presented a splendid course on the day, also ensuring there were plenty of arrows to help direct the players around the course.

Our official timer & starter on the first tee was Trevor Herden, Golf Australia’s Director of Events. Trevor is the Tournament Director of the Australian Men’s Open & the Australian Women’s Open, so it was a real privilege to have someone of that calibre at our event. Once again, Golf Australia shows that they are willing to support innovation in the name of growing golf. Proceedings got underway at 8.00am. 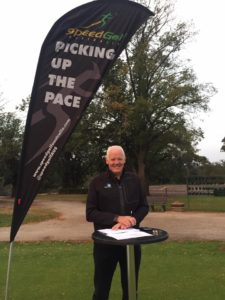 The running distance was much longer this year as we eliminated one of the major shortcuts (from 7th green to 8th tee). Despite the longer running distance, the course proved once again to be a fast track! Great for Speedgolf! The weather was ideal, with cloud cover keeping the temperature relatively moderate. 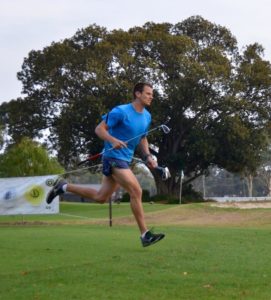 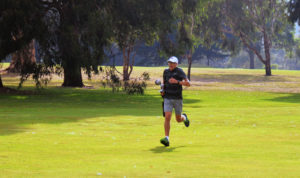 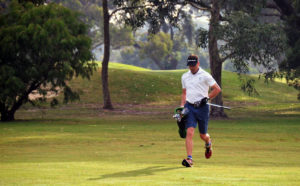 In the end it was Mitch Williamson who successfully defended his title. There were three scores in the 70’s as well as two times recorded under 40mins & nearly the entire field came in under 60mins. The event was presented by Vision Golf whose most visible ball in golf is a fitting partnership for Speedgolf. Identifying the location of a ball can have a big impact on overall time as well as your confidence during play.

Melbourne’s premier running club – the Crosbie Crew provided runners of all levels to match the running skills of the players. Their role was to record their score but they could also spot the ball in play and assist in the search for lost balls and raking bunkers. Very few players carried bags; the trend in Australia is to reduce the weight and effort by just carrying the clubs in your hand. Like many global Speedgolf events we had three complete rookies out, they competed in the novice 9 hole team’s event. They were thrilled by the experience and vow to continue with the sport. 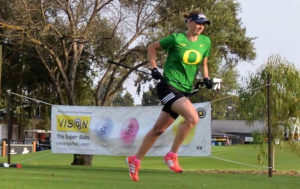 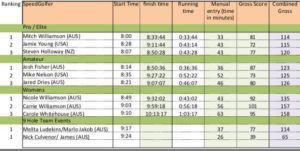 Melita and Marlo, our women’s novice team shot 77 in 36mins for 9 holes and James with Nick shot 39 in 26 minutes setting the pace for pairs, a relatively new format in the world of Speedgolf but one that gives Speedgolf a more social dimension.  In a first for Speedgolf, Yarra Bend Golf sponsored a $10,000 hole in one prize on the 8th. It didn’t go off, but it added to the fun! The official witness’s for the hole in one also fed back scores to the announcer so we were able to broadcast scores & times of players finishing the 8th, which kept everyone engaged. 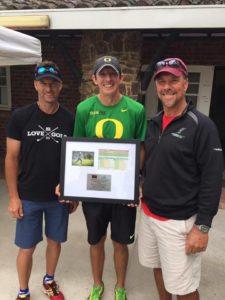