Speedgolf is a fun, fast, and fitness-oriented alternative to traditional golf.

It’s about one sport that unites two of the largest athletic communities in the world, Golf and Running! Speedgolf also satisfies a myriad of today’s modern challenges to a healthy and active lifestyle.

Speedgolf is proven to enhance a player’s mental, physical, and creative capabilities on the golf course. Playing Speedgolf inherently leads to more fun, increased fitness, greater imagination, and ultimately, improved performance. In short, Speedgolf is nothing short of an exhilarating athletic experience, it’s no wonder golfers of all ages, skill levels, and fitness profiles are learning to play and enjoy Speedgolf at their own pace!

Speedgolf is a faster, more athletic version of golf, where you can play a full 18 holes in under 80 minutes, or 9 holes in under 40 minutes by jogging between shots. The challenge is balancing your running pace with your ability to quickly and accurately play your shots to get the lowest score possible. You don’t have to RUN! The aim is to achieve the lowest possible sum of shots combined with the time taken to play your round. This combined total gives you a Speedgolf Score. Shooting a round of 90 in a time of 70 minutes and 21 seconds would give you a Speedgolf score of 160:21. Speedgolf is still emerging in the UK, but territories across the globe are evolving as interest in the sport gains momentum. British Speedgolf, along with other International Speedgolf communities, operates the same principal rules,  making it a fast but fun sport.

The Inaugural  British Speedgolf Championships were held at Boars Head Golf Centre in 2014. The 2015 & 2016 Championships were hosted at Dale Hill Hotel & Golf Club where , Rob Hogan, former World Speedgolf Champion, took the British Title.  In 2016 he shot 82  in a blistering time of 36 minutes and 59 seconds giving him a speedgolf score of 118:59 . The competition was intense with Chris Benians just 1 point adrift with a score of 119:17 and George Boxall at 120:03.

In 2017, the British Open Speedgolf Championship moved to Piltdown Golf Club where Chris Benians took the Elite Division title in 2017 & 2018.

In 2019,  the British Speedgolf Championships were hosted at the prestigious Foxhills Golf and Country Club in Surrey on the Longcross Championship course with an impressive international field. This proved an exhilarating challenge at the top of the leaderboard but in the end it was Jamie Reid from New Zealand who shot 81 in a blistering 40 minutes and 57 seconds giving him a Speedgolf Score of 121:57. Chris Benians (GB)  and Mikko Rantanen (Finland)  both shot 74, just two over PAR, but Chris was a little faster giving them second and third place respectively. 2019 also saw the return of the dedicated Speedgolf Pairs Championship, hosted at Sweetwoods Park Golf Club, where George Boxall and Tom Roberts successfully defended their title.

Sadly, in 2020 event plans were shelved given the restrictions and unpredictability of the pandemic. In 2021,  The British Open Speedgolf Championships  returned, hosted at The Springs in Oxfordshire as a 36 hole tournament which proved a level of consistency to rival any golf tournament and endorsed it as a truly must play Speedgolf Championship! Luke Willett, a PGA Pro took top honours with George Boxall second and Rob Hogan third.

Speedgolf is not all about Championships and records, it is about having FUN and this is core to our ethos. Whether you just want a faster, more athletic round, want to get fit or compete at the highest level #GetInspired #Fitingolf

We were pleased to support #GolfHealthWeek in April 2019, a campaign first, to promote the health benefits of golf for all ages, ability and FITNESS. The campaign was co-ordinated by the R&A and is also  backed by all the major golfing bodies including England Golf, The European Golf and many more. PGA Pros including  Annika Sornenstam, Brooke Henderson, Padraig Harrington and Zach Johnson, who are ambassadors for the Golf and Health Project also helped to spread the word!

Check out our Facebook, Instagram and Twitter for some inspiration!  Speedgolf is inclusive and fun, be it one hole or a full 18, run, powerwalk or shuffle! 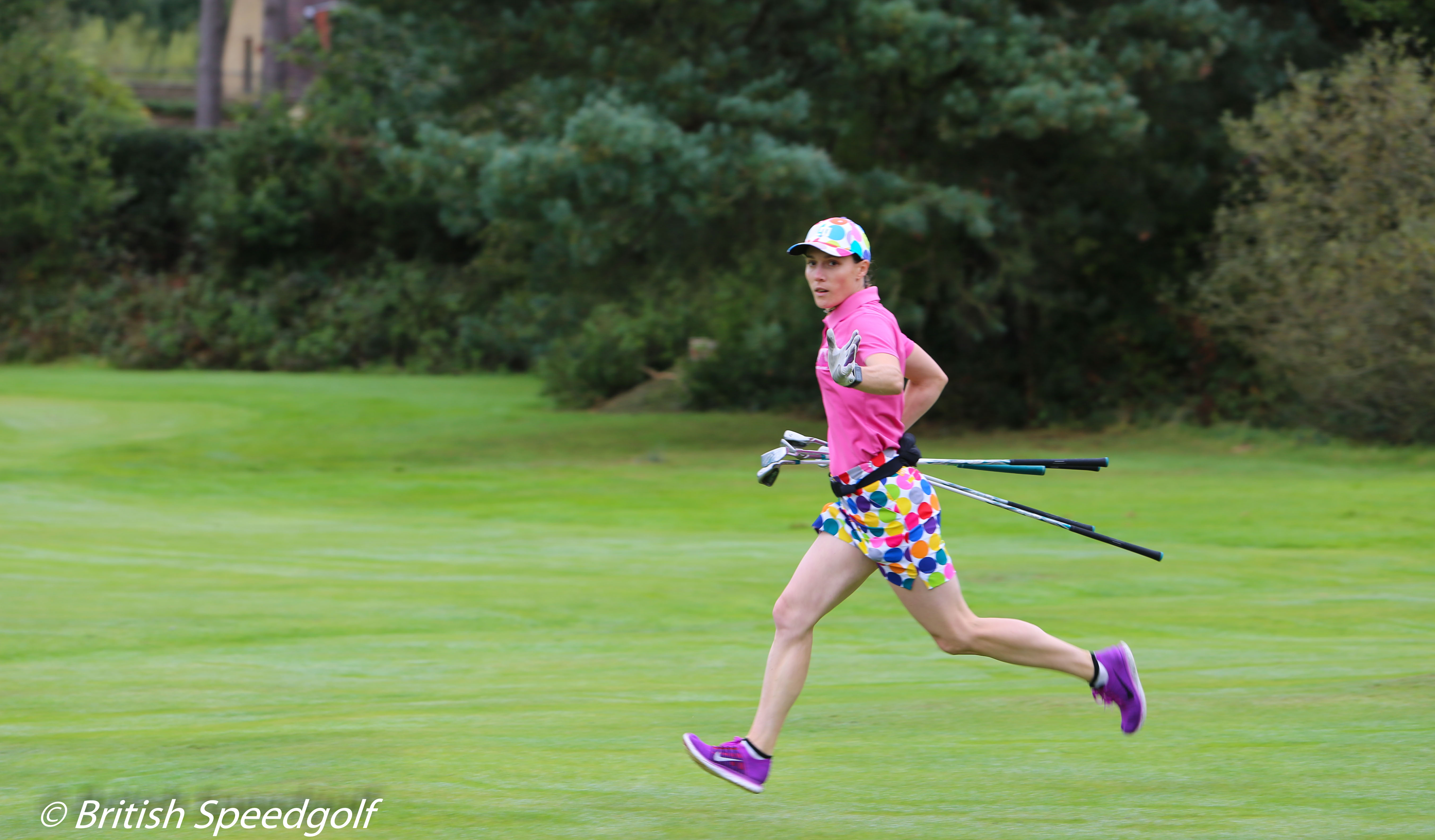 STAY UP TO SPEED ONLINE

Time for the sport you love, yet time for your family and work commitments