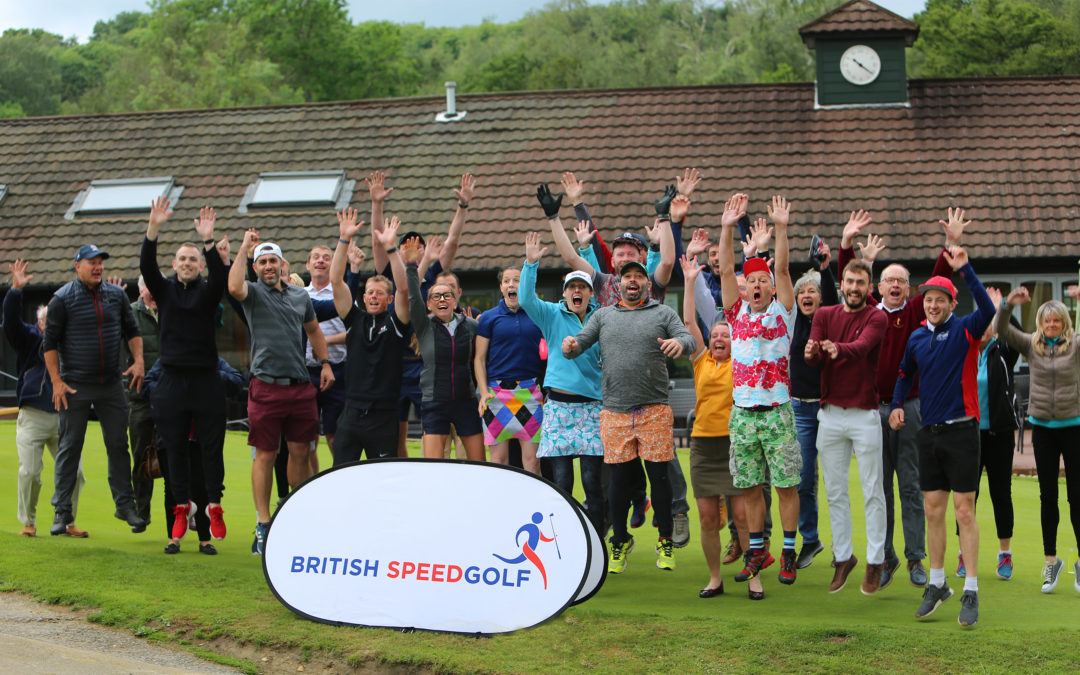 Sweetwoods Park was a superb host to the British Speedgolf Pairs Championship. Despite the slightly chilly, grey summer’s morning the course was in splendid condition and the rain held off, just!

This parkland course was demanding physically, due to its undulating elevation on this PAR 72 course. Conditions were challenging with blustery winds and the heavy rain that had pummelled the location in the previous 24 hours.

The British Speedgolf Pairs championship use a Foursome format (single ball, alternate shot) which meant the pace of play was determined by the slower of the pair, with communication and teamwork essential. Pairs carried up to seven clubs each in their bid for glory and each was set off at six-minute intervals with the aim to bring home the lowest Speedgolf Score; this is a combination of the time taken to complete the course plus golf strokes. Scorers followed each pair in a buggy to record strokes and any penalties.

This faster foursome championship was no ‘run in the park’ particularly with the uphill running start and sprint finish after sinking their final putt. Playing off the Yellow tees the course was still 6097 yards so every pair got a fitness workout too.  The challenge in Speedgolf Pairs is always seeking that sweet spot of optimum pace whilst retaining golf accuracy.

Amateur golfer George Boxall and West Kent PGA Pro Tom Roberts narrowly defended their title; they finished their 18 hole round on this hilly course in just 49 minutes and 28 seconds shooting 82, giving the pair a Speedgolf Score of 131:28. Runners up were another Pro/Am partnership of Chris Benians and Steve Jeffs who shot 1 stroke more and were just 19 seconds slower, giving them a Speedgolf score of 133:17. All the volunteer scorers who play traditional golf at Sweetwoods Park found this pace and time totally unbelievable, as typically their rounds would be 4 -5 hours.

The field also included mixed pairs with some new players to Speedgolf who took the plunge in their first Speedgolf tournament.  Mariette Hilborne and Alex Edwards, a newbie, took top honours and completed their 18 holes in just over 55 minutes. The only concession for the women of the mixed pairs was that they played from the red tees.

The camaraderie that characterises Speedgolf events was in abundance and fun was the order of the day. Golf Vlogger Lloydigolf took the plunge and competed with Sweetwoods inspirational Ladies Captain Tracy Poulsom. Simply don’t miss the Lloyds video, now playing in our Video Vault, its inspiring and entertaining! Also check out the BBC News piece too! 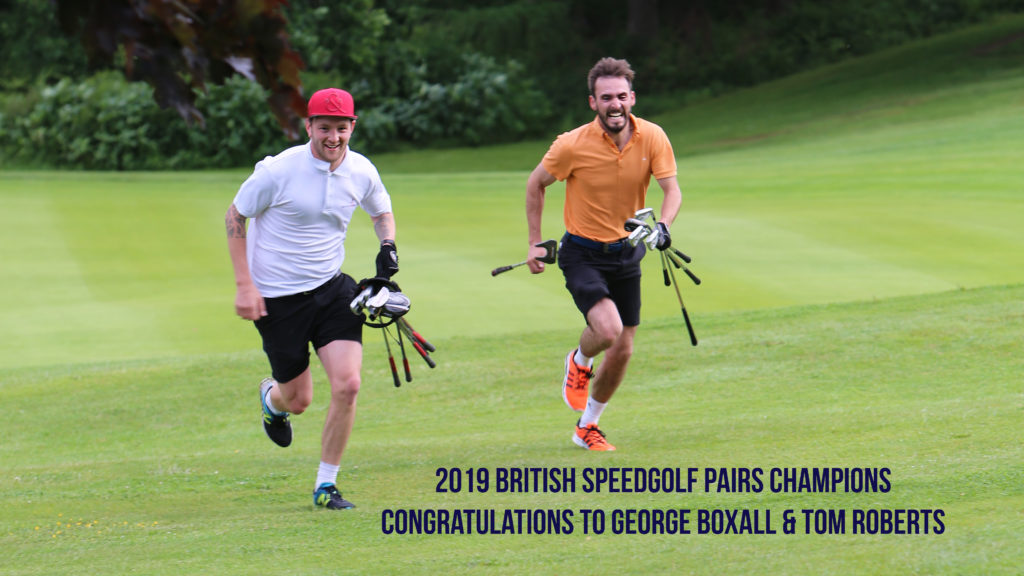 Congratulations to our champions 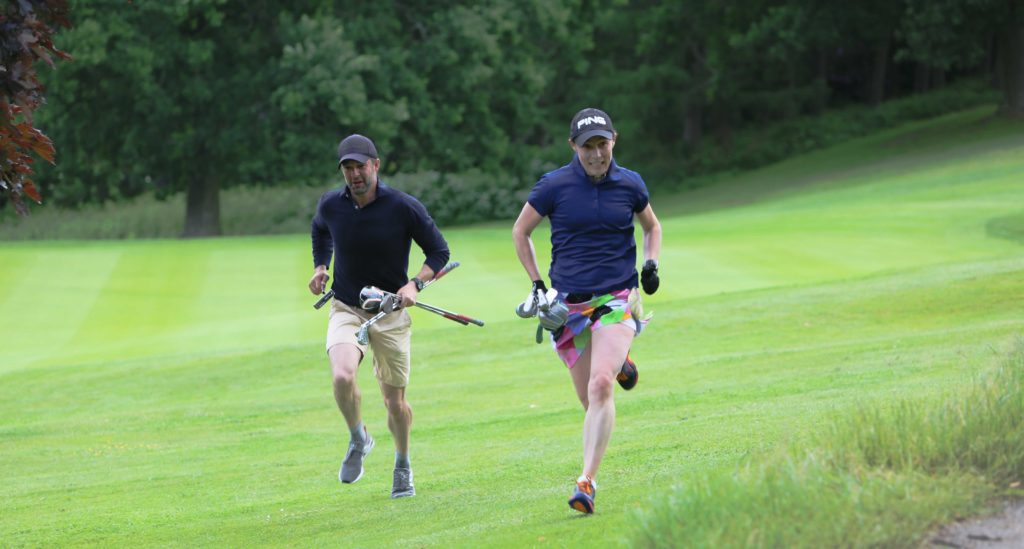 Enjoy our photo slideshow and get inspired!