Speedgolf makes its debut at the home of England Golf 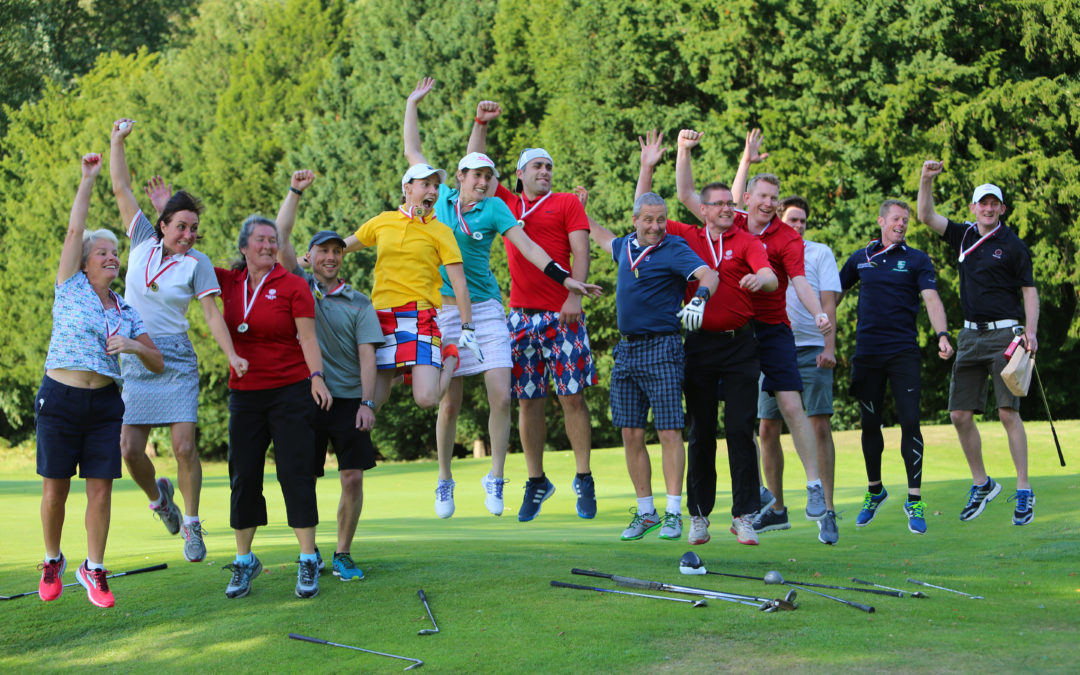 Speedgolf made its debut in Golf Week at the home of England Golf at their Woodhall Spa HQ in Lincolnshire. The 9 hole event was hosted on the Bracken course where England Golf staff picked up the pace trying this faster format for the first time. Speedgolf is a hybrid sport combining golf and running, but finding the optimum pace to retain accuracy is the key to success. Several Speedgolfers set out first to demonstrate the sport. In Speedgolf, the time to complete the course is added to golf strokes for a Speedgolf score.

Speedgolf is all about having fun, plus trying something new in golf and the prospect of Golf Express Month encouraged England Golf Chief Executive Nick Pink to put on his running shoes and gain first-hand experience of the Sport. 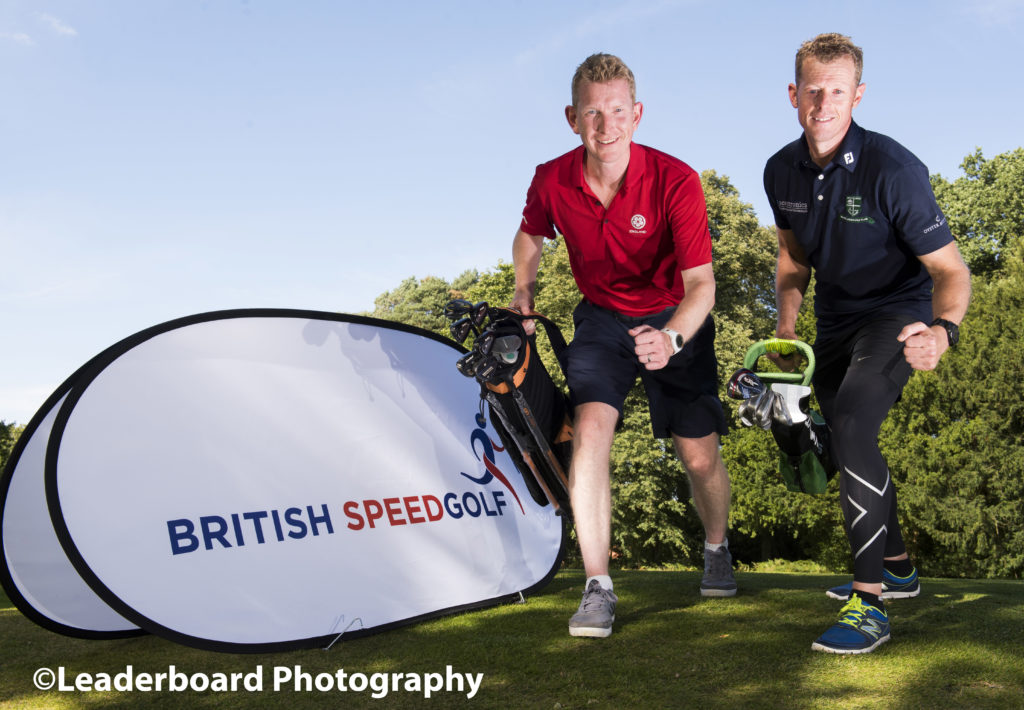 “I thought it was great fun. There were parts I had not really considered, like how to hold the bag whilst running, but for the first few holes I found that I actually played ok as I was not thinking about golf, just breathing. The challenge came as I got tired and the legs no longer moved!” adding “There was plenty of chat afterwards and a real sense of camaraderie which bound the group together. I liked this side of it and can see Speedgolf spreading and being successful for those who want to combine playing with fun and fitness.”

Nick tried the pairs format with seven other staff volunteers who joined the Speedgolfers in solo rounds . England Golf’s Participation and Club Support Director, Richard Flint, gave the experienced players a run for their money; he was actually one of the fastest finishers. Richard (pictured below on the fairway) shot round the nine holes in 23 mins 37secs and took 43 strokes for a combined 66.37 Speedgolf score (SGS) – he was beaten only by one experienced player, Chris Benians, a PGA professional and former European Tour player who shot just one over par in his solo round; 35 strokes in 24 mins 11 secs SGS 59:11!

Flint remarked afterwards: “Next time I would try and take more time on and around the greens – a few more seconds to save a few more shots.” 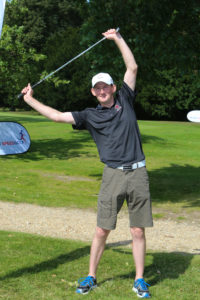 British Speedgolf’s Pam Painter said “The biggest temptation for beginners is to go out too fast so they get tired or rush their golf, so don’t be too disappointed if you shoot more than expected in your first round, you just need to adjust your pace and concentrate on the golf!”

Speedgolfers are allowed to use up to seven clubs but tactics call for consideration of whether to use a lightweight bag or to carry fewer clubs by hand.

Men’s Performance Manager Steve Burnett  (left) conquered the 9 holes using just 1 club and finished just shy of 23 minutes. This proves that great golf does not have to be slow and at the same time can deliver the equivalent of a fitness workout in the gym.Steve Burnett explained: “I like running and golf so really wanted to give it a try and I was first on the list. I also liked the idea of just using one club and having lots of opportunity to be creative. I looked forward to the challenge, gave it a real go and really enjoyed it. I’d definitely do it again!”

Young People Manager Lee Dolby (below) used the experience to successfully re-spark his love of running after a gap of five years. “I really enjoyed it. I thought that it might be a bit boring and lonely running on my own as I don’t like playing golf on my own or even practicing in the range, but I really enjoyed the balance between speed and accuracy.”

Pairs adds a social dimension to the game as each player takes alternate shots but run together, always behind the ball, so the slower player sets the pace. Not to be outshone in the Pairs were amateur golfers Mariette Hilborne and Kathy Leppard who have embraced the sport. The Duo completed their round on the challenging course in just 33 mins 53 secs with just 45 golf strokes (SGS 78:53) a tremendous result. 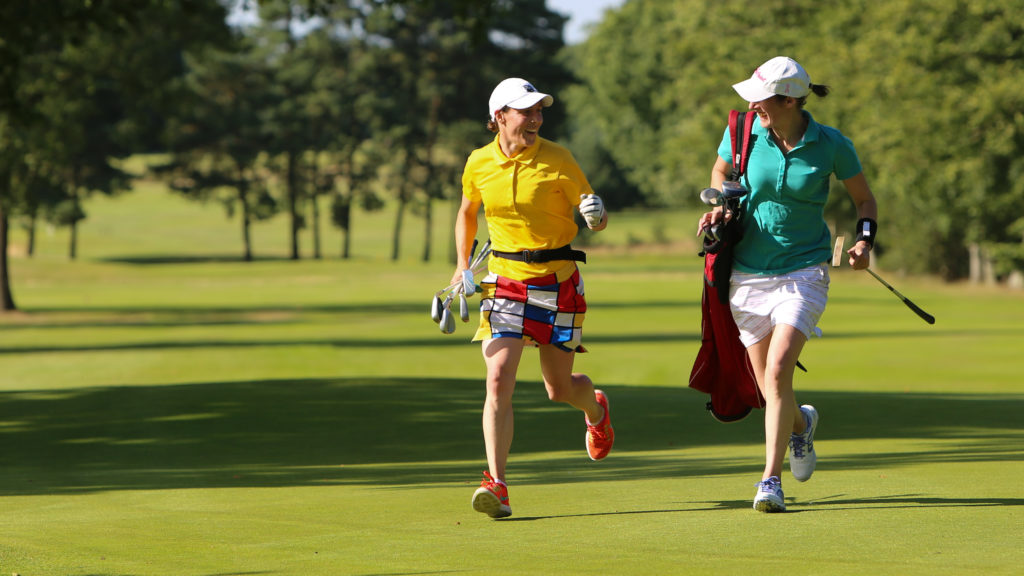 For those thinking about trying Speedgolf there are plenty of hints and tips on the website, but if you want to see Speedgolf for yourself, head down to Piltdown Golf Club, East Sussex on 17 September to watch the British Open Speedgolf Championships. World ranked No 1, Wes Cupp from the US ,will be taking on defending British Open Speedgolf champion Rob Hogan and various other PGA Pros and Amateurs, but there are also players from the golf and running community just looking for that sense of personal achievement and satisfaction that competitive sport delivers; you could just find your next sporting passion! 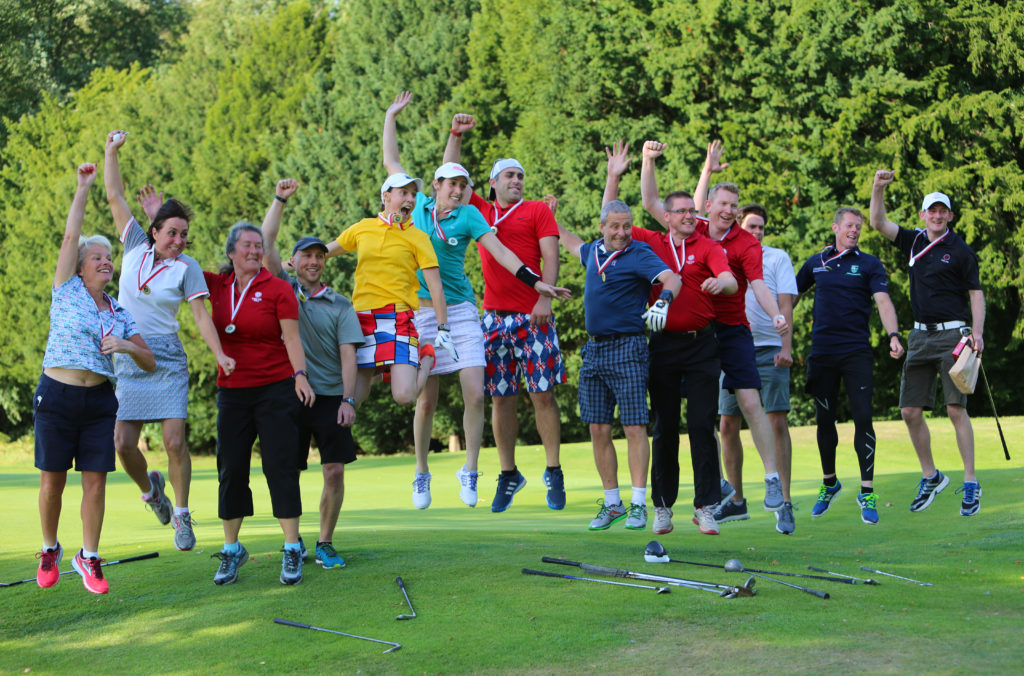